I'm going to update my plugin since I made a category 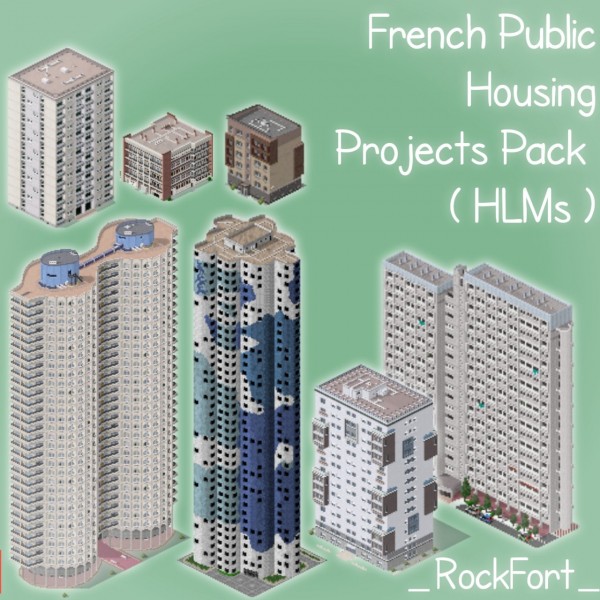 Hello , here is third of my new plugins for the special 14th June 2021 plugin release

It is a collection of French Public Housing Projects .
I made them as a standalone pack because it can takes quite some plugin space .

I tried to make some interresting ones , in order to not make very repetitive buildings .
The Aillaud / Cloud Tower was the first one i made for this pack around the end of 2019 , but I never finished to make the other color variants . So , it stayed unused before i decided to create this pack .

I made this pack because i wanted to create realistic public housing projects in my Theotown city , and the ones i made for the original French Pack ( especially the 2x2 ones ) are pretty bad in my opinion .

The buildings included are :

I might make more public housing projects in the future , and include more animations for them ( eventhough its quite a pain to do )

Most of the content included is modulable : you can recreate the original building , or go on with your own design . The ground is removed , so you can put any sort of ground you want below it .

Thanks for any advice / feedback / criticsm !
If you don't like my plugins, don't download them !
You can edit , modify my plugins and publish them ( make sure to credit me , though )