UPDATE REPEAT - Venacia has fallen. Renana is falling. Cierra is off the radar.
Last edited by Tiar/A on Sat Apr 20, 2019 7:10, edited 3 times in total.
I don't ask for much but enough room to spread my wings and the world finna know my name
Top

Most of the Venacia International Airport is controlled by the Red Guys currently, but the Zayrattanian Marines have managed to hold the Red Guys off on the last remaining runways. 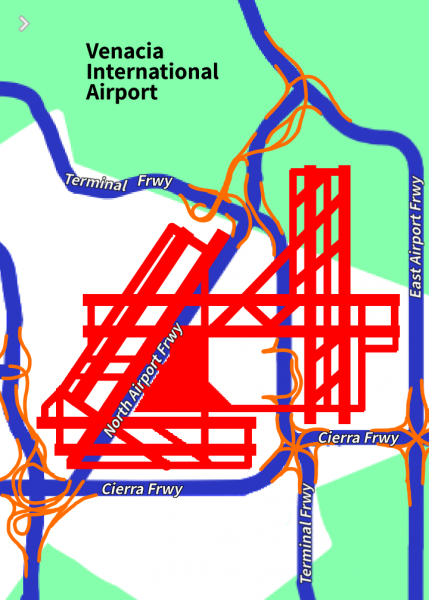 The Airport has four east-west runways. The two to the south of the terminals are occupied by Red Guys.
I don't ask for much but enough room to spread my wings and the world finna know my name
Top

The Venacia International Airport is so big is doubles as an Air Force base. It is essentially two international airports stuck together. But the gravity-altering weapons were used on the airport's two Air Traffic Control towers, causing them both to collapse, so landing will only be possible with visual flight rules. 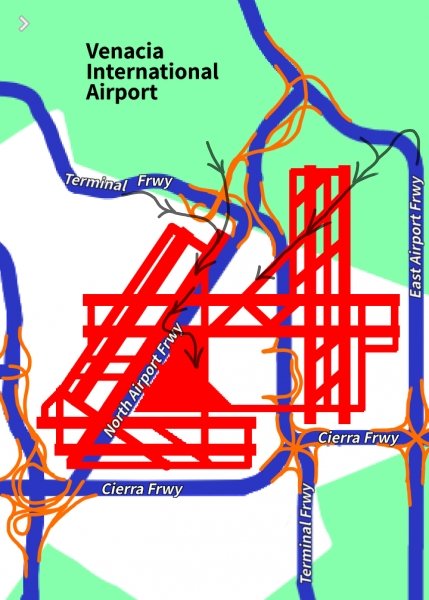 If We can get some tanks in the Airport (following the black arrows), we can try to start a recapture attempt.
I don't ask for much but enough room to spread my wings and the world finna know my name
Top

-other troops will also be deployed to the Rennana and Cierra. Once we secure Venecia, we can use it as our main base of operations.
Top

Yeah, sorry, I didn't think about that. I was trying to come up with something cool, but I don't know where the rules concerning sci-fi are.)
I don't ask for much but enough room to spread my wings and the world finna know my name
Top

Map of Jaeyvion International Airport coming soon.
I don't ask for much but enough room to spread my wings and the world finna know my name
Top

The VIA will become our FOB for the duration of the campaign. The hawks are now divided to two task forces, task force downtown and task force Jaeyvion. ETA 5 mins to Jaeyvion IA and downtown Venecia.

Sethland has sent 30 Air Force helicopters to Venecia, with each copter carrying 32 troops, 5 planes with 70 troops, and a fleet of 34 Hydra jets... 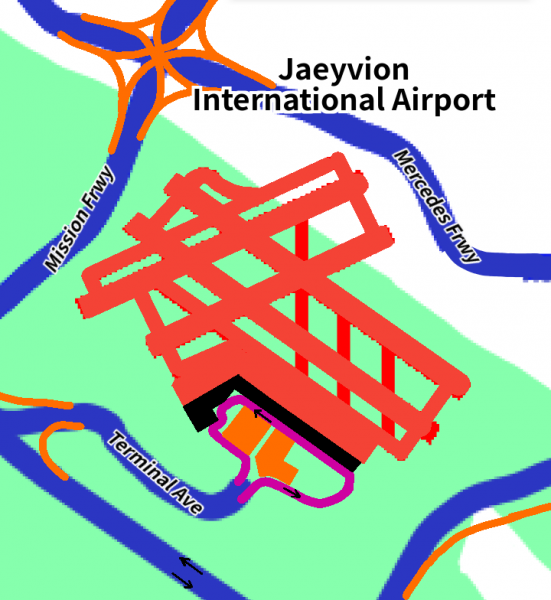 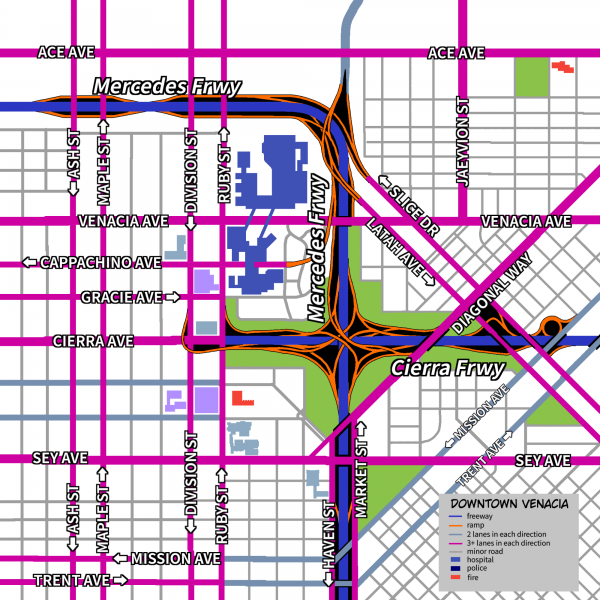 The 3rd and 4th battaion is approaching west via gracie and sey ave. Hawks are otw to orbital med center. 3 minutes ETA. Hawks have also landed in Jaeyvion. The 3rd army has secures the outer borders of the city. No kne can escape or enter now.
Top

...well since gravity altering weapons have been used, i deduce it's sci-fi so...

UHAE will send a advanced frigate for orbital support , we will also send expeditionnary forces with anti-matter rifles and quantum grenade launchers . we will also send mercenaries with normal weapons . Probably 500 soldiers should keep some parts of the city safe .
Emperor of Atlantean federated empire

Have we found out exactly what has happened to Cierra (city)? We have not been able to establish contact with them.
I don't ask for much but enough room to spread my wings and the world finna know my name
Top

@THEMAX What the heck is quantum grenade?
Top

I think he learned too much Quantum Field Theories...

Anyways, we're still reconsidering to intervene with this war.
When you get to be called a Board Index because you are too good.>:3
Top

We need to re-establish communication with Cierra. We haven't heard from them since last night.

The ZYN Spokane Valley cannot reach that far from the naval base in Renana.
I don't ask for much but enough room to spread my wings and the world finna know my name
Top

Our Spec Ops have successfully taken back Orbital Medical Center...

Intel says we lost 406-thousand people in Downtown Venacia. Can you confirm how many civilians survived?
I don't ask for much but enough room to spread my wings and the world finna know my name
Top
Post Reply Previous topicNext topic
40 posts