Has you living area have any Landmarks,you can share here with us.
Share on here!!!
KING HENDERION
Chairman/Founder of
TTNMF(Theotown Nations Monetary Fund)
FTZGTSE(Freetradezonia Global Trade Stock Exchange)
CEO of
OKPhones Inc.
Musicmain International Co.
As a Leader of
Freetradezonia
We are one and united!
Top

So many landmarks in Johore, which I can't decide which is the most popular. They're all unique in their ways
Top 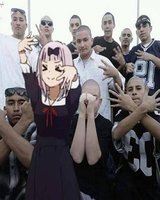 The hill of Crosses, Siauliai , Lithuania [Fun fact] The hill of crosses have about 150k crosses xD.
A little bit of history

Over the generations, the place has come to signify the peaceful endurance of Lithuanian Catholicism despite the threats it faced throughout history. After the 3rd partition of the Polish–Lithuanian Commonwealth in 1795, Lithuania became part of the Russian Empire. Poles and Lithuanians unsuccessfully rebelled against Russian authorities in 1831 and 1863. These two uprisings are connected with the beginnings of the hill: as families could not locate bodies of perished rebels, they started putting up symbolic crosses in place of a former hill fort.[1]

When the old political structure of Eastern Europe fell apart in 1918, Lithuania once again declared its independence. Throughout this time, the Hill of Crosses was used as a place for Lithuanians to pray for peace, for their country, and for the loved ones they had lost during the Wars of Independence.

The site took on a special significance during the years 1944–1990, when Lithuania was occupied by the Soviet Union. Continuing to travel to the hill and leave their tributes, Lithuanians used it to demonstrate their allegiance to their original identity, religion and heritage. It was a venue of peaceful resistance, although the Soviets worked hard to remove new crosses, and bulldozed the site at least three times (including attempts in 1963 and 1973).[4] There were even rumors that the authorities planned to build a dam on the nearby Kulv&#279; River, a tributary to M&#363;ša, so that the hill would end up underwater.[5]

On September 7, 1993, Pope John Paul II visited the Hill of Crosses, declaring it a place for hope, peace, love and sacrifice. In 2000 a Franciscan hermitage was opened nearby. The interior decoration draws links with La Verna, the mountain where St. Francis is said to have received his stigmata.[4] The hill remains under nobody's jurisdiction; therefore people are free to build crosses as they see fit.[6]
Just a guy from the Mars... :/
My coub Click me
Top

I got cringed because I saw too many crosses. My eye hurts
Top

Ahmad Nur Aizat wrote:I got cringed because I saw too many crosses. My eye hurts

Thats not funny.
Just a guy from the Mars... :/
My coub Click me
Top At the end of the 19th century the city of Kaunas was fortified and by 1890 was encircled by eight forts and nine gun batteries. Construction of the Ninth Fort (its numerical designation having become its name) began in 1902 and was completed on the eve of World War I.[2] From 1924 on, the Ninth Fort was used as the Kaunas City prison.

During the years of Soviet occupation, 1940–1941, the Ninth Fort was used by the NKVD to house political prisoners pending transfer to Gulag forced labor camps.[1]

During the years of Nazi occupation, the Ninth Fort was put to use as a place of mass murder.[3] At least 10,000 Jews, most from Kaunas and largely taken from the Kovno Ghetto, were transported to the Ninth Fort and killed by Nazis with the collaboration of some Lithuanians in what became known as the Kaunas massacre.

Notable among the victims was Rabbi Elchonon Wasserman of Baranovitch. In addition, Jews from as far as France, Austria and Germany were brought to Kaunas during the course of Nazi occupation and executed in the Ninth Fort. In 1943, the Germans operated special Jewish squads to dig mass graves and burn the remaining corpses. One squad of 62 people managed to escape the fortress on the eve of 1944. That year, as the Soviets moved in, the Germans liquidated the ghetto and what had by then come to be known as the "Fort of Death". The prisoners were dispersed to other camps. After World War II, the Soviets again used the Ninth Fort as a prison for several years. From 1948 to 1958, farm organizations were managed from the Ninth Fort.[1]

In 1958, a museum was established in the Ninth Fort. In 1959, an exhibition was prepared in four cells, telling of the Nazi war crimes carried out in Lithuania. In 1960, the discovery, cataloguing, and forensic investigation of local mass murder sites began in an effort to gain knowledge regarding the scope of these crimes.
Just a guy from the Mars... :/
My coub Click me
Top Long ago, the Lithuanian Grand Duke Gediminas was hunting in the woods of Sventaragis valley. The hunting was a success, but very tiring. The duke stayed there and spent a night. Gediminas had a dream that on top of the hill, where he had hunted down a taurus that day: a large iron wolf was standing and howling hard and loud, like a hundred wolves.

The Duke asked the mage Lizdeika to explain the dream. He explained that this was an omen indicating that he should build a city in this place, which would later become known around the world and would become the magnificent capital city of Lithuania.

Gediminas, obeying the will of the gods, began to build the future capital city, and a castle in the center of it. The city was named Vilnius after the nearby river Vilnia. Gediminas' Tower is one part of the castle, which was built by Gediminas.[2]
Just a guy from the Mars... :/
My coub Click me
Top

We used to have an old wooden French fort when our city was controlled by the French in the 1700s. But it's been long removed about a few years now, but they have an outline on where the walls were.

Ahmad Nur Aizat wrote:I got cringed because I saw too many crosses. My eye hurts