What are some good street designs?

You have great tips for other players? Share them here.
Post Reply Previous topicNext topic
11 posts • Page 1 of 1

What are some good street designs?

I have large cities but the road are congested all the time. I’m just wondering if there was a really good road design.
Tunnel Snakes Rule!
Top 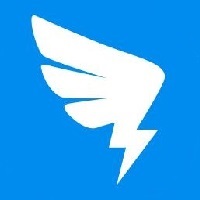 Just use squares and the high way at large cities. I use it and though I use 64* traffic flows, Only industrial areas would have traffic jams.
My other username is "thermometer screen".
Yes, the thermometer screen that can help to measure weather.
Top

I Use 6-10 Space Square Roads And It has turned out Well.so Try that or Not Up to You
Top 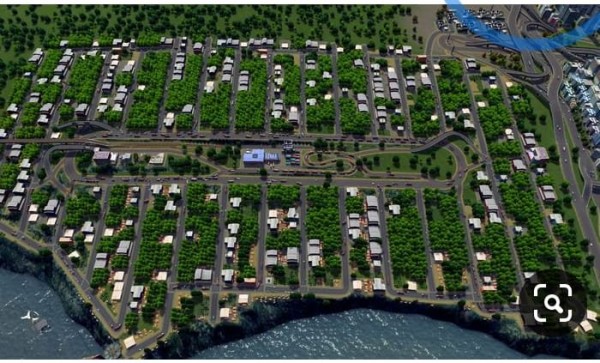 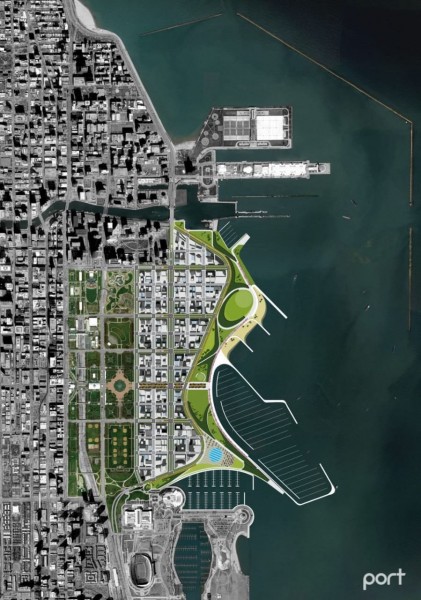 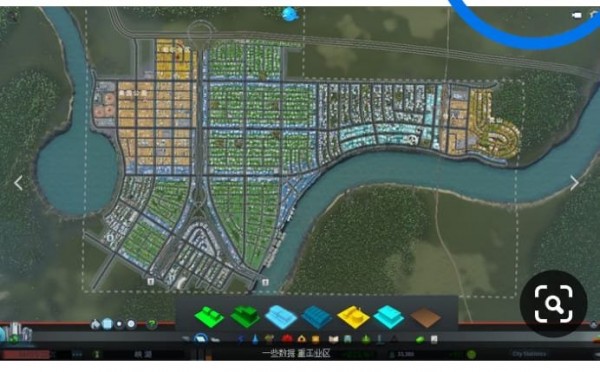 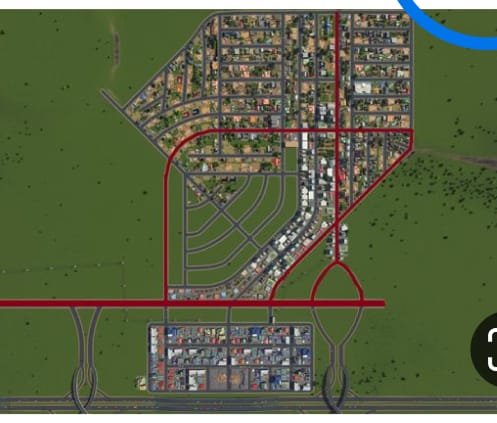 Why iam just making them and a little to complete...
A cool City Builder.....

I like a few avenues going down the city, with an elevated railway in between the 2 one way roads. Also add some bus stops and routes that benefit certain areas (like a route going through the outskirts, going from res to ind, res to com etc)

On the other hand, you could just decrease traffic manually by going into theotown settings.
I have no clue what's happening this year
Top

I prefer rectangular ones with avenues for the residentials psrt and mostly highways or just single lanes for connecting the industrial and commercial for less traffic congestion.
チャーハンが美味しい (There's a 3D screenshot under that post on Imgur at https://imgur.com/gallery/sPv0Ntd)

I have a few theories.

Adhere very closely to a 5x5 grid: that is, road every 5 tiles enclosing a 4x4 block. Apply this rule to both zoned and service blocks. Any benefit from variation is usually outweighed by the loss in flexibility when redeveloping.

At start, the center 4 tiles of each block are waste but 2x2 buildings quickly become available and pack nicely into the grid. Later, 3x3 buildings may seem to take a step back; but the fringe of 1x1s serve purposes other than density.

In like wise, I refrain from dozing midblock 2x2s (to promote "correct" blocks of four 2x2s each). But one may. If so, lock corner buildings.

When they come in, place 5x5 and larger buildings by deleting roads interior to four blocks; don't forget to connect the big bldg. These have high-range influence so perhaps I'm unnecessarily fiddly... but I center in the big hole. Fill in with trees or 1x1s.

Build along any existing National road, of course. Leave a small easement along highways for later rail or slums. This is the sole exception to the 5x5 grid rule: highways are too expensive to doze.

Plan in stripes at right angles to the highway: Ind, Com, Res. This keeps traffic moving "up and down" and limits crosstown traffic, which is the killer. If the stripes get longer than about 12 blocks, a few random out-of-sequence zones may placate locals. Generally, I put Ind to one side of the highway, although Com finds Ind much less objectionable than does Res.

Zone alternate stripes only! This is hard to accept but habitants needs many services. Build services into the service stripes, that's all. Later, if there seems to be too much empty, you can zone farms... Ind1 zones that don't pollute or make noise.

Beware heavy Ind zoning! There is no conceivable way to manage that much freight traffic. If, in four blocks, you have two Dense Ind blocks, that's plenty. Zone the rest low-density Ind or farm. Ind areas don't require quite as much service so you can fill in with more farmland. Yes, that's as few as two heavy blocks among eight light.

The 5x5 grid must be built of Country Road as soon as available; and can handle a substantial load as is. But progress demands better roads and, eventually, rail.

Avoid one-way roads; they are not worth the money or headache. Abstain from avenues (boulevards with trees in the median); they're expensive eye candy and waste space. Hold out for expressways. Just replace C.roads with Xwys where needed; no need for tricks.

I have decided against conventional rail for passenger service; rails and stations use too much real estate for little traffic improvement. Pax can drive or take taxis until the Metro is built. Experiment shows elevated railway also has a poor ROI. Metro is most costly but it's worth it.

Build Metro sparingly; keep an eye on its influence. Metro won't do much to abate traffic jams in Ind areas... obviously. One clear difference between TT and, say, SC2K, is that there is plenty of I-to-I traffic. Build rail to connect Ind zones and be sure to build freight platforms. Check out the "parts"... more fiddly than using the predefined stations but much more efficient.

Finally, don't forget to use the highway! Place underpasses about every 8 tiles and be sure to connect to the grid with expressways.

Building city-owned highways is horrendously expensive; I'm still trying to find out if they pay off.

This isn't the last word on traffic control; I just haven't seen any guide yet. Feel free to offer comments; if I'm persuaded, I'll edit this post.

Maybe add a screenshot or 2 to help people understand better?
Show
click me
MADE YA LOOK LOOOOL

Return to “Tips and Tricks”