Do you have any issues? Don't hesitate to tell us about it.
Post Reply Previous topicNext topic
4 posts • Page 1 of 1

well,in version 1417 I'd created a large bus way system,my buses would always drive in a proper way without other cars beacuse all the stations are set on that bus way.everything is perfect.

but after update,in the newest version my buses appear in the streets instead the busway,the elder route must be the most convenient and fastest route,but the bus drove in the crowded streets.why do they do that？and because of their long careers ,many streets in the residential area became crowded.there aren't bus stops so why they came？now my city is in a mass of buses.

i really want to know what did the developer do on the bus system. 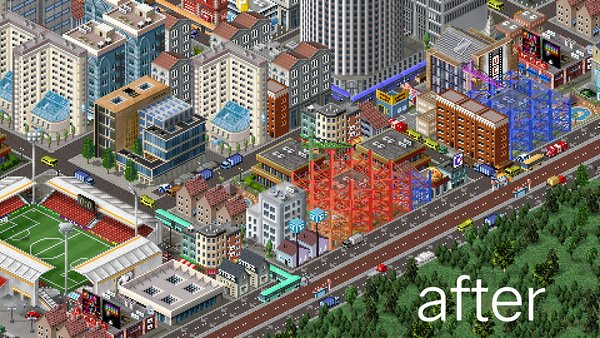 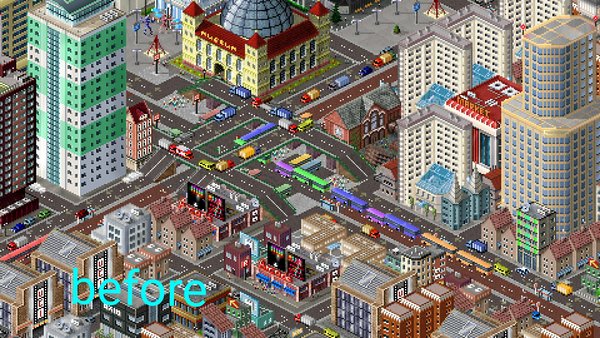 Shouldn't this be on the Bugs section?
Did you know you can't blink while smiling :) ?
Top

I'm not aware of changes in this regard. Maybe you can find out when exactly it happens. How does the bus route preview look like? Also consider to provide links to the plugins you use, I'm pretty sure that the game has no built in bus roads.
Top

I think I found the bug

That's how the bounding box that's used for pathfinding is initialized currently. The problem is that the units of the bounding box is in parcels (2x2 per tile) and not in tiles. So it has to be

in order to be useful for pathfinding calculations in the future.