Here you can talk about everything you want.
Post Reply Previous topicNext topic
8 posts • Page 1 of 1

Hey guys, it's me Pen. After the leaving of Rockfort and Pounkiller, and also the ban of Kekman, I'm going to be the other guy to leave this community -- for now.

I'm already 15 now, and heading to my 4th year in high school. Education's not easy, and I expect myself to take full brunt of it. I started to feel that studies are more important now. They are gradually becoming my main priorities in life. The Malaysian education system is dead, rigid and experimental. Being the first year of an entirely new system of education, I have to anticipate a lot of unexpected decisions. Thus, I'm announcing my slow depart from this community.

There are also a number of other reasons that I decided to make a gradual goodbye in this community.

Let me just give you some background.

My life in the little city of Penang was never good. My parents were both bankrupt at one point. My mother was having serious stress, anxiety and depression. My father and mother were just living at the edge of tolerable life. They were still trying to find a way to make a living. Considering so many turnarounds, frauds and also that at one point our family went from rags to riches, and then riches to rags within my lifetime, I sometimes cried, even as a teenager, that I lived worse that others that had a much more stable life. But at least, I had a house, a happy family, and also enough food to eat. Compare that to people in Syria or Iraq!

I had been diagnosed with mild anxiety and depression, I am a perfectionist, and particularly fragile to some topics, probably due to another case of family backgrounds. I attempted suicide. But thinking the ordeal my parents are having, I'm determined to payback my parents' hardwork and give them a good life.

I am running wild in grades. I feel I'm way worse than anyone despite scoring the top 20 percent in the school, another case of my psychological stress. Malaysian education is basically education with some eccentric properties in it -- mostly negative. I never suit myself well in this type of old-fashioned education. I had friends pushed by getting good grades so much, that they had turned partially nuts and became a homo. I had to admit I was once a bi, as I was studying in a all-boys school, and that I was influenced by friends who had different sexuality. I turned back all the tides, and I'm now having a normal sexuality.

I'm starting to get a phobia of politics. Despite being just 15, teenagers like us have been fully exposed by the arena of politics. The incidents happening in the world, particularly in Hong Kong made me sick and disheartened considering that the democracy fought by the teenagers are not democracy at all, but in my eyes, or in the eyes of truth - as barbaric, uncivilised, vulgar and violent. Chinese-speakers won't even dare to go to there, they will just be beaten up by 21 year-olds with molotovs. The silent majority will be supporting you, a-sir.

But that's not the point. Instead, what I saw in TT was that it had influenced in the community itself. And quite possibly, being polluted by it. Not just incidents of Hong Kong, but all across the world. The entire Discord server is gradually getting political, contreversial users kept playing songs, making posts that aren't feel right for the community itself. This community is for people with creativity, not people who dares to create contreversy and blame others for the wrongdoing. They never garnered respect in this community. Sadly, the ones who did this are the ones I previously respected.

Recently, TT encountered what was to be an incredibly big problem - too much control on everyone. This sounds political, right? Can't I even post an emoji? Can't I swear just a little bit? A random "sh**" wouldn't be a problem, right? Instead, Kekman became the victim of this. The moderators are too ruthless and too controlled. Kekman's ban wasn't just another ban, it's a dark side of the community. The victim of untruthful decisions.

I have to speak out the truth. I have to be honest that the entire Discord server of Theotown, wasn't the friendly server I used to have back in 2017. Everything is changed. The major reshuffling of the entire #plugin server had severed the connections of plugin beginners and experienced. There were no discussions lately. It just seems, dead.

But theres some positives. At least, within this few years, I had met wonderful people, such as Montemarino, Rockfort, Kentucky, Nasus, A Malaysian Guy, Aizat, Sir Jollyann, and also Dumbul. There are also many others I have not mentioned. But they certainly changed a lot in my life.

I won't delete my account. I have now a habit of making plugins at least 7 hours a day. So, even I'm severing ties with TT discord and forums, I'm still going to upload more plugins, to curb my satisfaction.

About my sexuality, I hope everyone won't turn a different view on me. It was just once that I had that kind of mind, the mind being pushed by stress.

And as always,
have a good day.
Your normal and not important person,
PenangLion1016.
Hey its me Pen (or Tan Choon Wei )
mah youtube: https://www.youtube.com/channel/UCTJQOO ... NAdd1hTgig
the other guy who uses bluestacks (the rarest)
im from Penang btw
Top 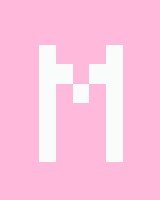 I totally understand what you say. As you well explain this is becoming controversial and dictatorial, I was warned last week for using an emoji, without asking me wheter the aim of the expression was, if kinda joke, random answer or what... anyone who knows me I believe they will know I am rational person, so there wasn't necessary to warn me, but just ask and talk. It seems dialogue and understanding is underestimated here.

About your sexuality: ALL SEXUALITIES ARE NORMAL. Even if you are lesbian, gay, bi, trans, queer... you are welcome here and well respected.

I'm so sorry about your life troubles with your health, your family, school incidents... here you have a friend whenever you need to talk.

Hope things get better from now! And as I told Rock...

May the Force be with you @PenangLion1016

Montemarino, sounds like a few people on the discord need a word in their ear ? My pleasure!
Last edited by CommanderABab on Thu Nov 14, 2019 20:55, edited 1 time in total.
Reason: Added comma
Top 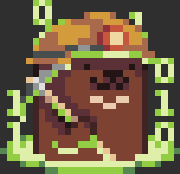 Hmm I guess I can't say much about Discord as that's JA's field of management. But I'm sorry to hear so that there's much trouble in the community.

You have always been my favorite Pen.

Forum is slower but at least you have better freedom here than discord; which is controlled by Big Brother 24/7. Plugin creation requires freedom which authoritarian freaks at Discord cannot take away from us... Me? I have not given up yet, just need to stabilize my life first. Besides I'm playing Minecraft Bedrock at Android now...Theotown is just way too controlling on what you can do and cannot do...
I rarely make plugins now, but I still make them in spare time.
Disclaimer Please no request, I'm busy with real life stuff, I hope you understand

I saw your plugins from game's store and they were awesome you have talent. I hope you will have a good life in near future with these skills
The Internet Addict

...I am gone from forum and discord... But I will still play sometimes
Top
Post Reply Previous topicNext topic
8 posts • Page 1 of 1