So here are some ideas for theotowns next update. I always thought it would be cool to spawn wild animals into the unbuilt parts of a map like Buffalo, elk etc. You could have prey animals and then predators that could hunt them like a natural wilderness. Or add whales into water areas and whale watching boats as a commercial activity. The animals could reproduce and maybe even the predators could attack people every once in a while which brings me to...

Areas where you could build trails into unbuilt portions of the map or declare areas national parks. They would have huge park influence but require at least a ten by ten tile area or they could be another zone you can declare. You could add things like giant redwood trees to the map and ranger stations that can fight fires and respond to emergencies. The parks would generate small income. Last but not least...

A larger map size called "Enormous" and could be two to four times bigger than the huge map.
Top

Animals are a good idea, but there is a problem, you can't implement prey and predator system, and it won't attack humans. Best you can do is make animals as a type of decoration or spawn them randomly and they move autonomously and eat trees (see: https://theotown.com/forum/viewtopic.ph ... als#p52110).

However to implement a prey and predator system, and to make them breed is just too much to code and difficult to implement, when theotown is just a city building sim and not an ecosystem management sim .

Trails are not a bad idea, pedestrians can spawn in it as implemented by a former member. It could be made as a plugin if someone has the time to do the textures and coding the json.

National parks can also be implemented as a plugin, albeit it may spawn as a commercial or industry, maybe as a forest industry. But it can be possible through plugins.

Regarding larger map size, the suggestion are just ridiculous. It would kill and crash the game if you have Enormous map, though some strong phones could handle it. Personally, mine cannot handle a larger map than Huge.
I rarely make plugins now, but I still make them in spare time.
Disclaimer Please no request, I'm busy with real life stuff, I hope you understand 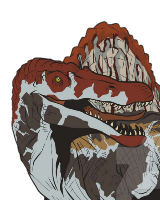 I really liked the idea of ​​deploying animals in the game, I'm developing a plugin called Jurassic Universe, using this system that you founded, thank you

I think a predator prey and the breeding system could be possible using my pathfinding AI and variables. As long as you understand how those work I dont think it would be too terribly difficult
All of my plug-ins, maps and more:
https://sites.google.com/site/theotownmaps/home

The spinosaurus rules.
Ruler of The Republic of North Bay and NCR
Am a plugin creator. I love to do it
https://www.youtube.com/channel/UCwac-D ... _x0Qt0FnwA
chaun2006@gmail.com
Top

Chaun2006
I'm working on the plugin, for now the dinosaurs are still only decoration, but if you want to have the taste of the plugins, contact me, it can be by Facebook or WhatsApp, when you want I will be available

How about small maps?
https://youtu.be/z_HWtzUHm6s probably doesn't give 404 error! (It's changed)
Top

TDFI
Thanks for letting me know. Like the Spinosaurus picture. Spinosauruskanda Forever!
I LOVE DINOSAURS AND THEOTOWN

The spinosaurus rules.
Ruler of The Republic of North Bay and NCR
Am a plugin creator. I love to do it
https://www.youtube.com/channel/UCwac-D ... _x0Qt0FnwA
chaun2006@gmail.com
Top
Post Reply Previous topicNext topic
9 posts • Page 1 of 1