I'm really suprised and glad to see that you care about your plugin whereas many peopleThis may include me do not. (care about their plugins)
¡Probably not actively sustaining following the forum nor its alternative side-platforms!
≈Out of Place, Out of Time≈
Top

I've uploaded a new and hopefully final update. See above!

@Pounkiller
Thank you very much!
My Plugins: Link

@Pounkiller
Thank you very much!

@Pounkiller
Thank you very much!

no hate... but for real tho, i aint wasting space
Show
click me
MADE YA LOOK LOOOOL

The category itself takes little to no space.

The category itself takes little to no space.

TBH i cant even find the category to begin with...
Show
click me
MADE YA LOOK LOOOOL

This plugin is honestly one of my personal favorites. This plugin's ICE looks (in my opinion) better than the one that comes with the base railway in-game. that being said, I have some things I wanted to point out:

1) the ICE in this plugin reminds me of the class 800, A UK high-speed train. I don't know why
2) Not a criticism, Just a thing I noticed. From what I've seen, the cars on each end of your dopplestock train are actually cab cars. one end is that train car, which allows the train to run backwards without the use of an extra locomotive, and the other end is a normal locomotive. Again, you don't need to change it, it looks good as it is. I just wanted you to know because I'm that guy.

by that guy, I mean the guy who says "do you mean pterodactylus, pteranodon, or pterosaur?" whenever I hear my friends or family say 'pterodactyl'
"your friend here thought he could control us. he was wrong."
Top 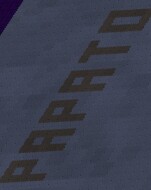 I really want it!You did lot of work even with description, typicaly!

But can you after realise (publish) it on plugin store in game?Lot peoples have problem with "no train category" and me too.But I have train category from Tramway by Kingud 101, which is from plugin store,so maybe it will help...

Hello Im is PAPATO.A like mainly roads, highways, expresways and other traffic thinks.My dream is bulding beautiful,simetrick and detail city PAPATOPOLIS.Im from Slovakia-!Becouse this i don't speak 100% great English-sorry for my all mistakes in texts!
Top

But can you after realise (publish) it on plugin store in game?Lot peoples have problem with "no train category" and me too.But I have train category from Tramway by Kingud 101, which is from plugin store,so maybe it will help...

I think plug-in store plug-ins are loaded last, so don't be surprised if that doesn't work.
All of my plug-ins, maps and more:
https://sites.google.com/view/retrocity ... authuser=0

I'm not sure if the creator is even active anymore tbh.
All of my plug-ins, maps and more:
https://sites.google.com/view/retrocity ... authuser=0