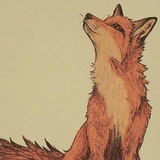 Hello again.
Recently I thought that it would be nice to make a building of level T, more roomy. So, taking the palette from my other plugin, I tried to do something like that. Several buildings with different colors, the main one is the highest, others simply have a color replaced through the editor, so I apologize for any possible drawbacks with the color.

[Update]
In the new update I made the roofs grayer than they were. And he added another high-rise to the 21st floor. Thanks to everyone for the compliments and advice

I will be glad to see you criticism

PLUG-IN file at the end of the post, and on Google Drive:
Google Link: https://drive.google.com/drive/u/0/fold ... mY0d3lLRUU
Files in: Works:\\ Residential\ SovApart03(1).zip

Last edited by actemendes on Tue Aug 22, 2017 9:45, edited 2 times in total.
Do not bend under a volatile world,
One day he will bend under us.Theo of tomorrow in developing.
Top

Very nice as always!
Maybe you could make the roofs somewhat lighter, but other than that they are really good

For my friends, my name is Michael
Top

Looks like reworked Svechka
Good work, I like it. It's the way to make my post-soviet cities more post-soviet

I got trouble!
Download it now or waiting for that when it comes too game

Happy owner of cat and dog

And greatings from Gdańsk

I might be wrong (nice building !!)
But in my head I think post soviet apartment are more less colorful I guess
Maybe this is a new one

You're right, in most cases they're gray and gloomy (like the 60-90s part of my town)
But sometimes they can be repainted
some text.
Top

You're right, in most cases they're gray and gloomy (like the 60-90s part of my town)
But sometimes they can be repainted

Like that one Josh (lobby) made
Just my opinion
Top

(UPDATE)
See details in "the cap" of the post.

I made the roofs a bit more gray, I think that's enough. The resin on the roofs is rarely gray.

You're right, in most cases they're gray and gloomy (like the 60-90s part of my town)
But sometimes they can be repainted

Yes, I agree that most often there are multi-storey buildings of gray or red brick. However, if we take an earlier or later period, panel houses are often painted. Maybe not on all sides, but still. An example is this. In addition, I said that I took the main palette from my other plug-in (a large res block), its prototype is an apartment in the Czech Republic, where there are also colored houses. Perhaps I will make another building of the same type, but of red brick and white slabs, so to speak, an elite house by the Soviet of the era.

Any suggestions?
Do not bend under a volatile world,
One day he will bend under us.Theo of tomorrow in developing.
Top

Do Traditional Indonesian Houses next
When you get to be called a Board Index because you are too good.>:3
Top

Well done, they look maybe even too good for level T

Just give the poor people a comfort

When you get to be called a Board Index because you are too good.>:3
Top

Maybe russian appartaments? Because soviet Union is no longer a thing.

It is unlikely. Recently, no panel "candles" have been built. I can imagine a photo of what is being built now in my city, and in other, i think. So, its can't be "russian" apartaments, at least because plugin do not look so bright. Do not bend under a volatile world,
One day he will bend under us.Theo of tomorrow in developing.
Top