In accordance with the celebration of 119th Independence Day of the Republic of the Philippines, this pack includes:

1. Independence flag pole - Standing at 150ft. (45.72m) it is the highest flag pole in the country. It is in the location where the Philippine flag was hoisted on July 4, 1946, when full independence was achieved from the United States. (The Philippines gained first independence from Spain on June 12, 1898).

2. Philippine flag - A horizontal bicolor of blue and red; with a white equilateral triangle based at the hoist containing three, 5-pointed gold stars at its vertices, and an 8-rayed gold sun at its center.
Royal blue field symbolizes peace, truth, and justice.
Scarlet red field symbolizes patriotism and valor. When red field is on top, it means the country is in state of war.
White triangle symbolizes equality and brotherhood.
Three stars on the corners of the triangle symbolizes the three main geographical regions of the country namely Luzon, the Visayas, and Mindanao.
The sun at the center of the triangle has eight rays representing the eight Philippine provinces that started the revolt against Spain.

3. Dr. Jose Rizal Monument - It is the most securely guarded public monument in the Philippines being continuously guarded by Philippine Marine Corps Marine Security and Escort Group. The monument consists of a standing bronze sculpture of the Rizal, with an obelisk, set on a stone base within which his remains are buried. Jose Rizal fought against Spaniards not by guns nor swords but by pen and papers. His writings, particularly the Noli me Tangere (The Social Cancer) and El Filibusterismo (The Reign of Greed) were viewed as the guiding force for other patriots to rally for the Philippine Revolution.

4. Shrine of Valor - The memorial shrine complex was built to honor and remember the gallantry of Filipino and American soldiers who fought during World War II. The white Memorial Cross stands as a remembrance to the soldiers who fought and lost their lives in the Battle of Bataan.

5. Memorial to the Heroes - Mother Philippines - It is a memorial honoring the Filipinos who lived and died in defiance of the repressive regime that ruled over the country from 1972 to 1986. Depicting the self-sacrifice of a fallen figure of a man, held in one hand by the rising figure of a woman who symbolizes the Motherland, while her other hand reaches for the glorious sun of freedom.

Here is the link:

I dedicate these plug-ins to the patriots who fought for independence from foreign oppressors; To the courageous who revolt against the regime of ruthless homegrown tyrants to restore the freedom and democracy; And to the braves who offered their lives while fighting for peace against terrorism and extremism encroach in our nation. Your ultimate sacrifices are never forgotten.

Ang mamatay ng dahil sa iyo (For us, thy sons to suffer and die).
Top

I bet better bear will like this
When you get to be called a Board Index because you are too good.>:3
Top

Awesome!! I live in philippines thamk you for making this.
PRESIDENT OF FAIRVIEW COAST
using the latest version as always.
*phone broken
Top

How long do you make this? 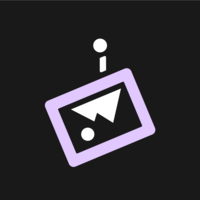 fairviewbuilder wrote:Awesome!! I live in philippines thamk you for making this.

countries: abenterfield
plugin maker (first set of plugins TBreleased soon)
"'cause that's the way I like to live my life, and I know that everything's gonna be fine" -bill wurtz
Top 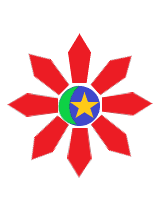 Google translate:
Can you please fix the link to the plugin
Top
Post Reply Previous topicNext topic
18 posts • Page 1 of 1