If you want to know specificly,
Bauhaus is not just a building, it's a school, educating fine arts (so it's an art school basically).
However, the Bauhaus building built in 1928 in Dessau is one of the most impressed buildings of the neo-futurism architecture.
It was designed by Walter Gropius, a famous architect.
The designs were amazing and it introduced full glass architecture to the world.
However, this impressive art's school was forced to close after pressure from the Nazi government suspecting that Bauhaus is actually a secret underground supporter for the Communist Party in Germany (which is not the truth actually...).
After Bauhaus was closed, the complex is actually used for other schools (short-living to be exact).
The building was sadly bombed in the closing of WW2, suffering major damages even I will feel shock.
All the glass panes were destroyed, and was not restored much later.
In 1976, the locals at Dessau decided to restore the main building with original glass panes (and also new ones).
It was not until the 90s when Bauhaus got the restoration it needed the most.
In 1996, Bauhaus was enlisted as a UNESCO World Heritage Site for it's importance to the architectural influence that it had done (like modernism and neo-futurism).
BONUS FACT :
After Gropius resigned in the 1930s, it was Ludwig Mies van der Rohe (that guy from the Barcelona Pavilion) that actually lead Bauhaus until it's closing.

INFO OF THE PLUGIN:
Well it's one of the biggest plugins I've ever made, with an area of 10x10 tiles.
I tried to make the buildings more original in size (so it's actually the size on the original). 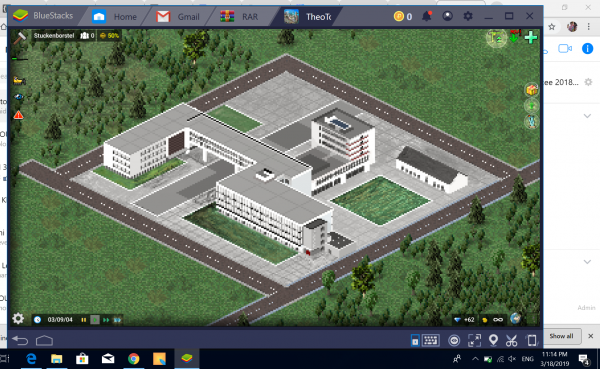 Please download both and attach it in the plugins folder!
bauhaus1.png (36.68 KiB) Viewed 2133 times

Hey its me Pen (or Tan Choon Wei )
mah youtube: https://www.youtube.com/channel/UCTJQOO ... NAdd1hTgig
the other guy who uses bluestacks (the rarest)
im from Penang btw
Top

I packed the picture and the .json in this zip file . Just put it into your plugin folder ^^

Anyways , nice building , saw it in the discord ;p
I like buildings which have stories behind

Thanks for making a folder! it really helped the others to download