#Bruh
It's not an ordinary halo ring...

@Ahmad Nur Aizat[Posts][PM]I see, you make comets come inside Earth to destroy it and have a colony on an another dimension... Genius...You're from another dimension and this, you're in space
なぜ私はここにいるのですか？

Meh, it's just an illustration...

Caricature at its finest
Top

Breaking news
Gun shots
Gun shots have been heared at the city of Yarkovo. It currently seems like the fight for independence will be fought. Military troops have been send to clean the area, the cities of Southern Scirocco are in great danger. The village Matti-Bourdois has already been evacuated.
TheoTown player since update 1.1.50

Yes it is
TheoTown player since update 1.1.50

Is the situation under control or will be send S.A.T to aid?
Top

That's a good idea! The situation is currenlty peaceful, but you never know...
TheoTown player since update 1.1.50

Breaking news
LIVE WAR!
Currently a troops are fighting between the cities of Chazel and Telokrsjk. Chazel, Duparquet and Barraute are being evacuated. There already have been a few explosions and 2 dead, it seems like Aldorria is slowly trying to come further and further into Northern Scirocco. If you are in this area, MOVE OUT! 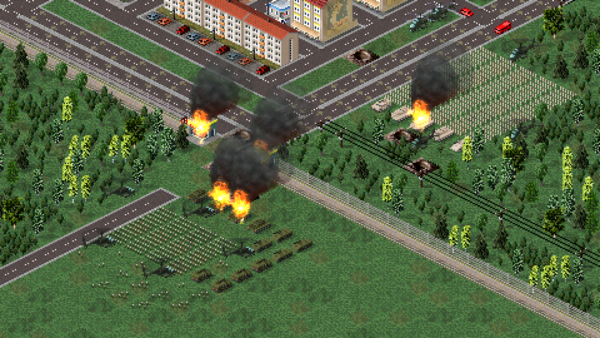 Picture of the fight at the border, caught by a drone.

Oh god why there a lot of war
anyway i don't want the war in Shireport
*Play Serbia Strong*
h
...Goodbye Stefan, You always be number one 1975-2018
Top

And also, where can I find these plugins?
Top

S.A.T will be deployed to support friendly troops, I cannot send more as our resources are prioritised for Trevis.
Top 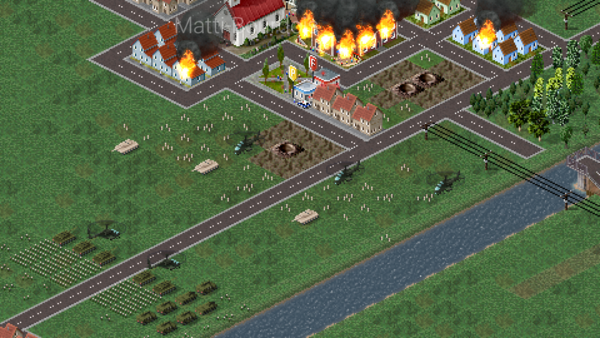 Picture of Matti-Bourdois in it's current state

Salvador mayor's birthday
By Josh
Some good news! The mayor of Salvador has surpassed the '60's' and is now 70 years old, congratulations!

Developments in cancer research
By Barky
Yesterday developments from the Beijavan Medical Research or BMR have revealed huge milestones in finding a cure for cancer. They said they will reveal information but their research is very promising.

Sinking buildings in Mexico
By Mg3094066 & Josh
Yesterday, Wednesday October 4th, the national palace of Mexico sank 20 meters, cracks are found and reported. Two buildings are halved, the current death rate isn't very accurate, but it doesn't seem like there are any dead luckily.

Hurricane Oreo
By Lancaster Kingdom & Josh
A heavy hurricane hit Lancaster Kingdom yesterday,
The hurricane is disspated in the north of the country. Thousands are without electricity and without drinking water, more than 10,000 are in shelters. The Stymest district was swallowed by the sea as well as the Lallywood district. Although there is a lot of chaos and panic, there are no reports of deaths but 3,000 are injured and about 900 in hospitals.

OKBOOK READER (Advertised)
By Henderion The Mayor
Also On today, OK! Phones just released OK! Book Reader which you can read and call and make note without hassle and more also with 20MP Camera and its not shown here because we use micro-camera and with zero-flashlight and we just provide custom-back design for you, Just DIY Your case!!!
TheoTown player since update 1.1.50

You can now say if you want to advertise somewhere on the news page. Post what you want to say and where it has to be.
TheoTown player since update 1.1.50