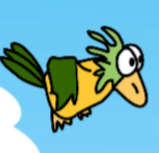 This is ADALIA TIMES , the national information newspaper of Adalia Republic...
All weeks the most interesting notices of the country... in your mobile phone or buying it in your usual kiosk
Thanks for Lobby for help me to restore my account!
President of Adalia Republic

BREAKING NEWS
Decision in the parliament!
ADALIA WILL HAVE AN ARMY
The parliament have just approved the creation of the army. The army will create 3.000 job positions , and other 2.000 the manufacturing of weapons.
Also , they voted some laws to regulate the use of it:
-The army only can be ussd for deffend Adalia or aliate countries
-If an ally goes into war , the army can participate , but always after a vote into the parliament
ADAweapons , a national company ,is going to fabricate the rifles, the bombs ,the warboats, etc. ,but also the army will buy weapons to aliases (Virseyge, Marzadaqae, Adnijan)
OTHER INFORMATION

Weather:Sunny
Temperature:
Maximum:23 degrees
Minimal: 12 degrees
Thanks for Lobby for help me to restore my account!
President of Adalia Republic

News (12 4 19)
NEW ALIATES FROM ADALIA!
Last Sunday , Adalia signed the commercial and diplomatic contract with the United States of Arielzon. During this week, requests have been sent to Neda and NewTransilvania, but we have not received a response yet. Aldalia is improving its economy thanks to these prosperous alliances.
THE ARMY BOUGHT 10 GUNSHIPS
The army has bought 10 fantastic gunships to Arstotzka, which will soon enter the service of the defense of the country.
OTHER INFO
Weather Sunny weather Temperature: 20 degrees Humidity: 60%
Thanks for Lobby for help me to restore my account!
President of Adalia Republic

BREAKING NEWS21/4/19
5 boats have just left the port of Sitges to colonize the uninhabited archipelago of Hoaria and convent it in a new province.It is expected that it will be an important tourist center and probably the Adalian government will build a space center.
Adaville it's beginning to be build.
Today have just started the Adaville construction works. In a few months, the government its going to be transferred.The urban planners think than the city will have between 80.000 and 150.000 inhabitants.
Climate news
Temperature:16 degrees in the majority of the provinces, 21 in Blaterra Province and 25 in Petrolia Province
Climate : Rain in all states except in Blaterra and Petrolia provinces
Thanks for Lobby for help me to restore my account!
President of Adalia Republic