, but all you give it are

That makes me feel... uncomfortable. 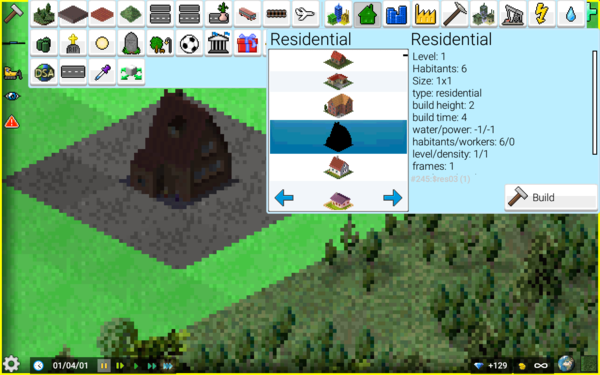 Hey there! I finally finsished coding the mess...
Test 1 (32x32 Sprite) was a success, however test 2 (200 x 237) failed minorly
[known Bugs] also due to strange bugs (or non-bugs) in AWT the border is automatically non-transparent (color code 16777215 instead of 0). (it shouldn't affect anything right now, however its not tested).

What do you mean?
–Yours sincerely, Soumyabrata
Top

I don't think there is a need to continue this. Recreating all the buildings take a lot more time than putting an overlay on top of it.
Proud TheoTown player sinds update 1.1.50

I think it's time to resume my project with overlays

I have been quite inactive right now, Im sorry about that. I will try to release a new Version in late Spring. (Due to me being waaaay to lazy and ). Thanks for all of your responses.

I have decided no to update the Plugin further like it used to be (from Technological Standpoint), because it will soon be replaced by Kulche's Variant, however I am working on a sequel, it will destroy your memory, but who cares?
Member of the Theotown community for over 3 2 years! (boy am I bad at maths)
==================================
Currently working on a megaproject, hopefully I can push it through.
I'm also partially inactive, so PM me
Top

I don't think it would be replaced by my version soon, I'm bit too lazy

I have worked alot in the Script in the past two hours and I belive it's ready to be deployed, it still lacks a few feautures I would have liked to implement, but I can do it later, I will officially release it in 13 hours to 3 days. There have been No known Bugs.

Note: If you try to Reverse Engineer it, you will See that the Main class is de.geolykt.nightmaker.Main, before you think that I copied someone, I am Geolykt