Some tips for non-sandbox city-building

You have great tips for other players? Share them here.
Post Reply Previous topicNext topic
4 posts • Page 1 of 1

Some tips for non-sandbox city-building

1. Use sea rocks for easy money!

If you are facing an economically-dying town, never take a loan. Destroy some sea rocks instead. Destroying sea rocks can easily net you over a million Theons in just a few minutes! Depending on the size of your water bodies, there may be hundreds of sea rocks floating around.

Why choose this instead of taking loans? Reason's simple, because loans are limited and you will have to repay them slowly. On the other hand, sea rocks are free, almost unlimited, doesn't place you in debt, and can just give you more than how loans could ever give.

With my personal opinion, using sea rocks is just so good that it is almost an exploit.

When a fire/crime/epidemic happen, the likelihood of a second one very, very, very dramatically increases. If you let it so, a second one may occur before you can even touch the build button again.

Remember, fires and epidemics can be the worst disasters in the game if left uncontrolled. What's worse is that during a disaster, no RCI building will construct, which will significantly hinder your progress.

To deal with it, just place stations and hospitals ASAP.

3. In the early game, never use farms!

Farms used to be good, only before inflation existed in the game. Farms are already expensive, with the initial price of 50T per tile. Per tile. Remember that farms must be at least 4x4, and that total could inflate. With some math, we can say that a 4x4 farm can cost 800T. That is without inflation.

Now, let us take a look on its economical alternative: Industries. A single tile of them costs 100T without inflation. It is indeed more expensive, but remember that industries can work in a single tile. Also, remember that maybe 3 industrial buildings in only 3 tiles can provide more jobs than a single 4x4 farm could ever do.

Now, with some math again, in the given scenario of industries using only 3 tiles, that is at least 300T. That is without inflation, again. 300T and it is already better in almost every aspect against its 800T counterpart.

4. Remember that traffic almost does not affect your city in any way!

Probably a big misconception everywhere, this simply means that expensive road layouts can be your least priority. It is better to expand your city services first before managing traffic.

As of now, traffic is only cosmetic and does not really affect your city in any way. This is likely to change in the future, as there are already evidences of a developing system. This system will makes heavy traffic produce pollution and noise, finally giving sense to expensive road layouts.

The only reason that you may want to upgrade your roads is for cosmetics.

5. Always have some money!

This is particularly true for disasters, "death waves", and other events that can hinder your economy. You will probably not like to suddenly take a loan or use other exploitive methods to gain money as an earthquake happened in your city.

"RCI buildings rebuild by themselves, right?" Yes, but there is this thing called "rubble". Rubbles are produced by disasters, and they cost 1000T to remove. They are what makes a disaster such a big deal.

This means that you must go for Stadiums, the Gillender Building, and such. Stadiums, in particular have an upgrade that makes it produce 500T. This is a lot for a building that does not cost diamonds.

Landmarks are not suggested for income. This is because they are premium and does not really give that much income. If you have some diamonds, go for the "Aircraft Boneyard" instead. 300 Diamonds, but 10000T income. If you are constatntly baffled by disasters, then maybe go for landmarks, as they are invincible.

Some buildings, however, are worse compared to their lesser counterparts. Big High Schools, Fire Stations, Police Stations are some examples of them.
BEaRz ArE AmAZiNG. I Am FeElIng SlEepY..
Top

Nice!
I have no clue what's happening this year
Top

I would also recommend the recycling building if you have diamonds to space, as it'll automatically remove rubble for free (i think)
All of my plug-ins, maps and more:
https://sites.google.com/view/retrocity ... authuser=0

This tip is for happiness and not for money. You have to unlock some buildings by ranking up your city size. So i leave empty spaces for buildings that i will build when i unlock them.
Example: this empty place could fit a football field once i unlock it to make people happy 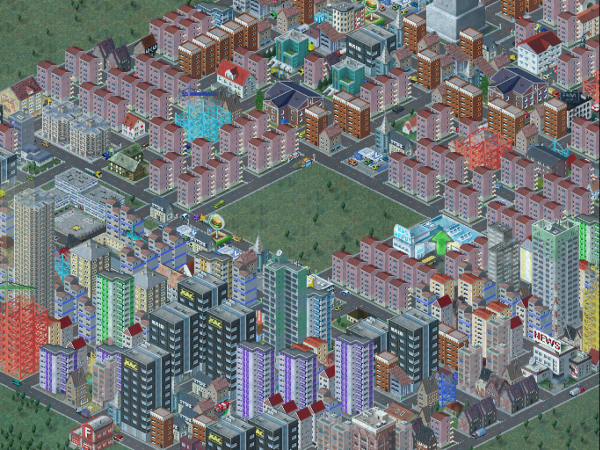 The spot in the middle

Return to “Tips and Tricks”