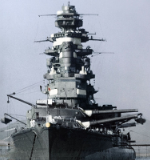 Iridane's coastal beaches are expansive enough to land about 10 Antonov-700s full of troops. The number of troops totals about 10-thousand. The hellachoppers from the ZYN Spokane Valley are deployed into the sky to make sure none of the Antonovs get shot down by antiaircraft fire.

Once the troops land on the beach, they will slowly advance inland. Once they reach the rest of the Coalition's ground forces, the leaders will have a say as to where the Zayrattanians go. Four teams of about one-thousand soldiers will stay on the coast to defend the parked aircraft.

If the Zayrattanian forces on the beach take too much fire, the ZYN Pyrrha will make it rain.
Welcome to Zayrattan!

Iridane appears to have just nuclear weapons. Lancaster has suffered an attack on one of their aircraft carriers, resulting in the destruction of the ship. It is unknown how many sailors were on board or if any of them survived.

Meanwhile, the Zayrattanians on the beach have been taking Iridanian enemy fire. The battleship ZYN Pyrrha is moving into position to them the out. The Zayrattanians have fallen back to the air transports on the beach. We are ready and willing to sacrifice some aircraft to eliminate the enemy threat.
Welcome to Zayrattan!

With thousands of soldiers killed in a devastating air attack, Anternia and Esteris announced only a quarter of thoses were members of the anternian/esterian force while most were hired mercenaries . A anternian anti-missile battery deployed at the occupied base shot down the missile and around 25.000 mercenaries and 6000 conventional forces soldiers are holding the base . The whole area has been covered with mines and the ARN Venterelys, the largest anternian carrier has arrived bay of biscay, on the west of the Esterian coast , launching aircrafts out of range of Iridane missiles. The guided missile cruiser ARN Alsace, back from Anternia is unleashing a massive rain of missiles while emptying it's VLS cells of all it's 260 cruise missiles . with the remaining 160 cells being filled with anti-missile / anti-aerial systems, the Cruiser is leaving the mediterranean and returning toward the Esterian harbor of Brest where it will be reloaded .
Meanwhile, our forces, using the advantage of local topography are succesfully holding Iridane forces even if they are vastly superiors in amount .
A squadron of 30 stealth fighters deployed from the ARN Venterelys has slaughtered a bomber squadron and it's escort before returning home .
Right now, Anternian and Esterian air forces and navies were replaced by allied navies until a bigger attack is unleashed .

70 Self Propelled AA canons were deployed in the Anternian occupied base and our "soldats du génie" were building bunkerbuster proof / Nuclear proof shelters with faraday cage protections .

The Coalition is planning a massive cruise missile strike on an confidential area of Iridane. We understand that civilians are in the path.

On behalf of the innocent Iridanean civilians, this is a mandatory evacuation, all Iridane citizens must hide as fast as possible .
Welcome to Zayrattan!

The 8th Seotopan Fleet have air striked Iridane controlled Bargiri, and many government buildings were destroyed, as well as a military supplies depot. The strike was a success, and the fleet has made it back to Seotopa...

Operation Swift Wind will be enacted. It will composed of startegic missile strikes and bombing runs on key military and industrial positions in coordination with all allied commands on the ground.
website
Top

.
WHAT IS THE DEAL WITH AIRPLANE FOOD

Me and Themax are planning on creating a Nuke Rule for RP...

And we don't just like to kill civilians. We always try to make sure they're safe before engaging the enemy in an environment where enemies and civilians are mixed in with each other. It doesn't always work sadly, but we try.
Welcome to Zayrattan!

Civilians killed is an inevitability in war.
website
Top

Ive got a fleet of 7 ships and 1 aircraft carrier heading to medittereanean with 4 NERO medical boats with medical personnel inside ready to help the civilians in free renev.

Today, Anternia launched 260 stealth supersonic cruise missiles MCSF , against Iridane very own capital , quicky rising in the sky , they fell at an insane speed and , according to anternian space monitoring department, who operate our satellites, the missiles successfully hit their target . Few hours ago , 6 Stealth supersonic stratospheric bombers ( model SB-72 ) launched a dozens of bunkerbusters against Iridane nuclear silos , while most survived , the strike was strong enough to break the opening mecanism .
Both operations are a success and none of our aircrafts were lost .
Right now , the SB-72 are above the pacific, out of range of any anti-air missiles , landing in less than 1 hour in anternian mainland .
The bombers travelled more than 50,000 km for this operation which also make it the longest bombing run in military history .

The General has Commenced Operation "Forest Fire", in which troops are infiltrating deep parts of Iridane's forests (or low density areas if they dont even have forests what's this). 50k troops will be sent to do this.
When you get to be called a Board Index because you are too good.>:3
Top

The 4th has managed to secure 9% of the coastline, penetrating inland at 56km. The Airforce will resume its strategic bombing campaign using our B-77 High Alt Stealth Bombers from the 3rd Carrier Fighter Squadron.
website
Top

Zayrattanian hellachoppers equipped with missles are hovering over the forests taking out anyone who shoots at them.

If they're shooting at the hellachoppers, they're bad.

Meanwhile, the Zayrattanians on the coastline will stay there are make sure no aircraft are downed.
Welcome to Zayrattan!

The Sethlandian Amry has raided and captured an Iridane controlled Air Force Base on Nasht Island. Iridane also bombed a city near the base, leaving it burned in ruins, and the Sethlandian Army is currently searching for survivors...