Here you can talk about everything you want.
Locked Previous topicNext topic
6 posts • Page 1 of 1

Hello, my name is Enzo.
Some of you may remember me as "SomeTheotownMayor". Yep, it's me.
I did not come to cause trouble, i came for another chance. Back in 2017 i was a very active member of this forum, until i was banned for stirring up trouble and some other reasons.
I changed, i truly have. Which is why i'm asking lobby, theo, and all the people i've hurt to please give me another chance. I stopped playing the game after i was banned, but i started playing again not too long ago and i really like this game. Ever since 2017, its been a really good game and i only stopped playing it out of spite for the developpers.
I'm only asking for a second chance.
First player to ever reach 1 million inhabitants

Hey Enzo if I were the people you hurt I would give you a second chance.
I love NASCAR very much #Go22
Top

It would be great to see you over here.
I'm not lazy, I'm motivated to do nothing!
...blame lobby for that
Top

Hello Enzo, its been awhile 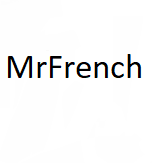