Here you can talk about everything you want.
Post Reply Previous topicNext topic
10699 posts

yusuf8a684 wrote: ↑
Tue Jan 28, 2020 12:35
In Turkiye there are some doubts about virus in Aksaray... Back then in Denizli but it was false alarm (If it is not a lie). Fake news are worse than the virus. It may kill more people than the virus.
About black death people killed cats because of there were a belief about cats were witch's pet. Due to less cat population rats population rised and blah blah...
Also they killed people who aren't ill due to lies about they are ill.

I doubt that, releasing a virus just to kill the elderly is too risky. As it can also kill children and people with weakened immune systems.
If the goal is population killing children is not a good idea.

Reduce world pop. is more logic, also true... wuhan is the only city in the country that has a bioweapon laboratory... russian inteligence and another spies already confirmed they can manipulate lethal viruses due of that fact.

Another reapon for the outbreak is a accident

About the infected people number in china...
The chinnese government is the best one hidding information...
That means they arent trustable, in a overpopulated country is impossible to have less than the already confirmed number... is 80% possible to have more thousands of infected people and they are hidding information.
I threw my dignity to trash and downloaded Free Fire... But someway i liked it ":'D

Ummm no amigo... not this time... the first point isnt trustable btw but the last one is true... wuhan flu passed borders... severity levels are more dangerous than specified ones... +40°C Fever causes Seizures on victims
I threw my dignity to trash and downloaded Free Fire... But someway i liked it ":'D 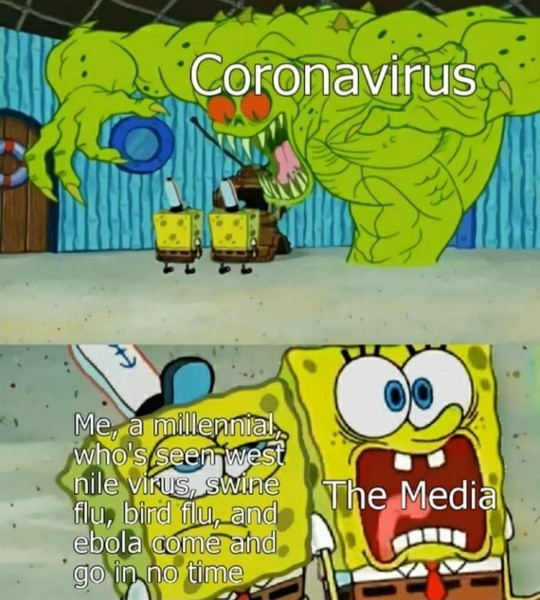 I'm not a millenial but yeah
Top

Reduced to atoms
I threw my dignity to trash and downloaded Free Fire... But someway i liked it ":'D

Ayoooo , nice to be alive and plugin making again ,thank you to all who supported me while exiled and have an amazing day!
Long live Fender!Hail Stratocaster!,Plugin creating and Face breaking.
Top

Gluten tags. I am writing from Samsung S5610K. It is an old phone :]
The Internet Addict

I heard some man say in the store today. I think his kid was probably acting up.

Omg we got 12th in S.Korea
Actually, I'm alive.

You know, my theotown tab on my phone still been active for a long time. I have absolutely no idea why it's still here.
So anything happened on the forum? Or in theotown updates?
I have no clue what's happening this year
Top