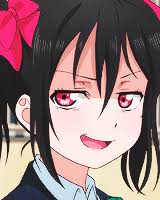 I think a good new feature for 1.7.47a would be more realistic disasters for example earthquakes. In the game, earthquakes do the same damage everytime you put it on your city. A good idea would be having differences in seismic activity. Scientificly speaking, earthquakes may get strong or weak depending on the size and impact of the plates. Another idea would be Naval and Aerial military bases. Which should be part of the military package (that I paid 300 diamonds for) and an Airstrike disaster and another thing would be more environment props, terrain, hills, and plants. Now for disasters, Which would be hurricanes, more earthquakes,landslides, and finally 'Nuclear Apocalypse' which is a military disaster that will impact your city and cover your roads and terrain with radioactive waste. Which is were the Radioactive waste dump comes in. There's two buildings: One of them burries the waste underground which is bad for the environment (like the raw sewage building) (1x1) [Noise:4, Radioactive:15] while the other is a building with strong areas to store it (4x4) (Noise:8,Radioactive:3) (Upgrades: 2: Radioactive filters (-1 Radioactive) (-3 noise) and 'Cleaning facilities) (-1 Noise, -6 Radiation) If you find these ideas cool let me know!!