Istiqlal Mosque ( 'Independence Mosque') in Jakarta, Indonesia is the largest mosque in Southeast Asia and the third largest Sunni mosque in term of capacity.This national mosque of Indonesia was built to commemorate Indonesian independence and named "Istiqlal", an Arabic word for "independence". Architec from Istiqlal Mosque is Frederich Silaban. He winner of the mosque design competition. The foundation stone was laid by Soekarno on 24 August 1961. The mosque was opened to the public 22 February 1978. 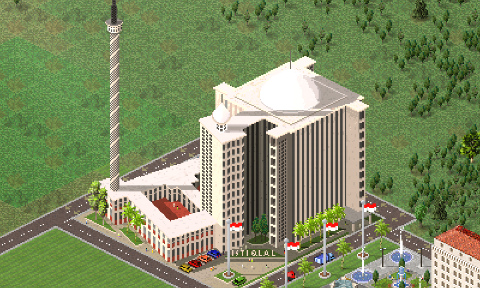 give me a green city