MUCHO COLORES
From the Low Seas of Jeepneys

It's the icon of Zamboanga City and one of the most recognizable cultural icons in the Philippines, because of its colorful sail.
'Nya munta quita na maga colores vinta. 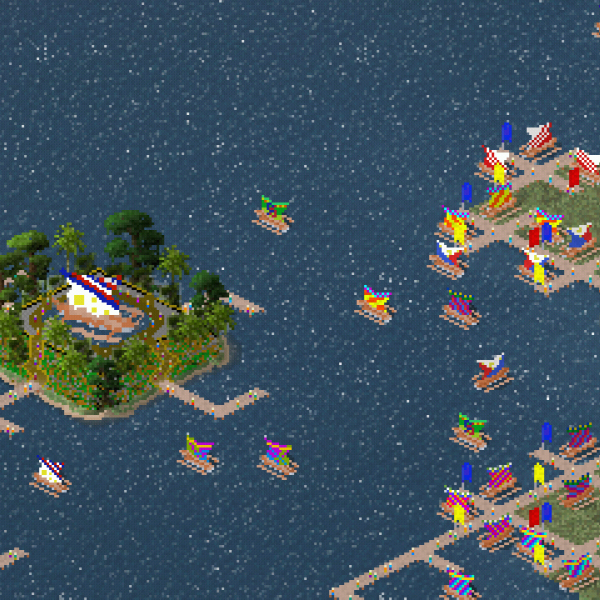 Vintas are traditional boats originating from Mindanao, Philippines. The Bajao and Moros of Sulu and Zamboanga created these boats. They were made from dug-out canoes and installed with double outriggers.

Bajaos and people from Basilan and Tawi-tawi were known as great swimmers and people with great knowledge of the sea and oceans.

It's locally known as "Lepa-lepa" or "Sakayan", and is used to transport goods and travelers for inter-island trips. The most remarkable traits of these boats are the colorful patterns of its sails.

The Vinta basically signifies the general evolution of Sulu towards peace, progress and development.

It is a representation of Zamboanga’s history and culture, and it is also one of the symbols that represent the Philippines as it signifies migration and the colorful traditions of the country.

CONTENT:
It has its own category under Transport
You can build a simple docking place for vintas
It has a small to medium culture and park influence
And yeah, why don't we bring these influences on your seas, huh?

↓All buildings here is in diamond price.↓

Vinta.plugin
This is a forum version of the plugin
(62.88 KiB) Downloaded 161 times

Last edited by Lakan Haraya on Thu Aug 01, 2019 5:56, edited 6 times in total.
Ako ang iyong Haráya
I am your Imagination
Founder of the first rebuilder-manufacturer of passenger-type jeepneys in TheoTown history.

Once again, if you don't have download link and screenshot included, don't post it in Showcase.
I'm not lazy, I'm motivated to do nothing!
...blame lobby for that
Top