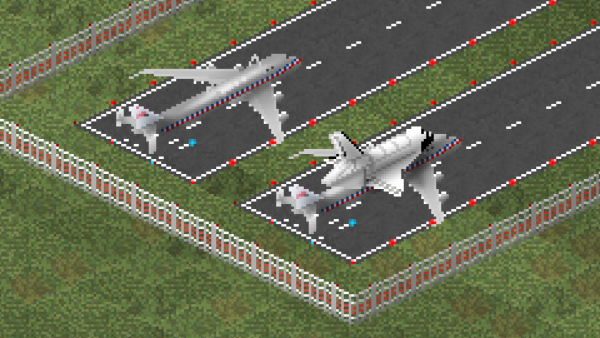 The Shuttle Carrier Aircraft (SCA) are two extensively modified Boeing 747 airliners that NASA used to transport Space Shuttle orbiters. One is a 747-100 model, while the other is a short-range 747-100SR.

The SCAs were used to ferry Space Shuttles from landing sites back to the Shuttle Landing Facility at the Kennedy Space Center. The orbiters were placed on top of the SCAs by Mate-Demate Devices, large gantry-like structures that hoisted the orbiters off the ground for post-flight servicing then mated them with the SCAs for ferry flights.

In approach and landing test flights conducted in 1977, the test shuttle Enterprise was released from an SCA during flight and glided to a landing under its own control.

hi
EVERYTHING MUST GO BY THE DETAIL.
https://attorney.org.ph/legal-news/216- ... hilippines
CONTECT ME FIRST BEFORE YOU CAN USE MY WORKS.
NOT ALL OF MY WORKS ARE FREE TO USE FOR YOUR GOOD WITH THE
EXCEPTION OF GRAVEYARD POSTS BECAUSE ALL OF THEM ARE INTENTIONALLY FREE TO USE.
Top

That Shuttle looks GREAT
I just love the DOPE-amine you get after completing a plugin!
Top
Post Reply Previous topicNext topic
3 posts • Page 1 of 1