How do we go about posting disaster substories?

A man died in a car crash.

The end.
When you get to be called a Board Index because you are too good.>:3
Top

Goriopal Riot (2015 - 16), Goriopal had been hesitated with the poor people and rioting to them until I became Prime Minister.
Marzadaqae-Goriopal war (17 - 25 February 2019), Marzadaqae wants to make Goriopal land-locked but the Gujrat portion survived.

A man tripped and died

President Adam Coscogetti was assassinated in 1944...

The End...
–Yours sincerely, Soumyabrata
Top

The Remington Riots of 1963

Do any of you care to elaborate ...?
Welcome to Zayrattan!

Simpler a story, easier to undeestand (especially of you have strong imagination)
Top

Well I just thought, you know, because of this - https://theotown.com/forum/viewtopic.php?f=67&t=9497
Welcome to Zayrattan!

Simpler a story, easier to undeestand (especially of you have strong imagination)

The Fall of the Keldish Socialia Pt. 1...

Denton, Camden, Sethland - 1964
It was December 8, 1964, in the Camden capital city of Denton, President Fred Roberts has just finished meeting with Carl Foster (Governor of Camden in 1964) and other government officials in the Camden Capitol Building. President Roberts was walking out of the Capitol Building, protected from the crowds of people by his body guards. As he was walking down the steps of the Capitol Building, gunshots were fired unexpectedly. They were coming from a building 100 yards away, and the President was shot twice. Less than an hour later, he was officially pronounced dead. Vice-president John Burnett was sworn into office immediately following his death, and a huge investigation had begun...

The 19/08 , during a flight between Venterelis and Sedre, the flight ATA-781 , a new jumbo jet , an AT-565 owned by Anternian Thenresse Airlines with onboard 351 passengers crash landed on runway 4 at Venterelis international airport after blizzard and very cold temperatures damaged the landing gears which broke when hitting the ground , the aircraft became uncontrollable and collided at low speed with the terminal C1 , fortunaly, no one died this day but the aircraft could never be used and was scrapped while the terminal which was not damaged a lot was rebuilt in few months .

To this day , this line is used with 500.000 passengers per day , this lane initially made for 2 airports allowed Sekless to become a economical hub .
To this day , planes can land at venterelis airport even at winter but this high speed lane is still widely used .
Emperor of Atlantean federated empire

The great slaughter of 1995
A bunch of Hekoam protesters against socialism were all killed brutally 7568 deaths in total
Then two years later, Hekoam became capitalist. Then six months later they became socialist again
Then three days later, they became capitalist again, it was about to change again, but then a
disaster happened at a military base before they could go to civil war.

the end????
WHAT IS THE DEAL WITH AIRPLANE FOOD

the Anternian Royal Navy , known as la Royale , is the oldest navy in the world , today, their ships still sail around the world .

On the 6 november 1944 , the ARN venus fought against Senetorian Falangist Order largest fleet, the 1st armada , after a heavy battle, the 1st armada crippled the ARN venus carrier group, sinking several destroyers, subs and cruisers and critically damaging the carrier .
In a desperate attempt to save the fleet, a group of 26 torpedoes bombers and dive bomber flew with almost empty fuel tanks, they had emptied their tanks when they saw the ennemy fleet, they fought against ennemies for 5 minutes by gliding until they started to lose altitude , some dived to their target and other tried to send torpedoes but none successed and all were shot down , when last pilots saw that the survivors were shot , the Venus contacted the ARN Katya , a smaller escort carrier and told them they were defenseless .

With it's airgroup also damaged and all it's escort in the bottom of the ocean , ARN katya fate was hopeless , the crew of the Katya sacrificed itself by ramming the flagship of the 1st armada , the Graffhario , all the crew of the Katya died with not a single survivor but this heroic act saved the Venus .
The Graffhario critically damaged started to sink, trying to save the Graffhario crew, the 1st armada ceased to follow the venus which ultimately saved the ship , 1st armada wanted to capture the Venus and the katya to execute the crew and humiliate "la royale" .

Brave sailors of "La royale" sacrified themselves for their homeland and to save the Venus .

in 1945 , when the falangist order started to bomb the homeland, the song "Katya" was created and became not only the song of the navy but the song of anternian army .
today, the song "Katya" is still very popular in anternia even among the youth and one of the 2 venterelis class under construction will be named Katya . 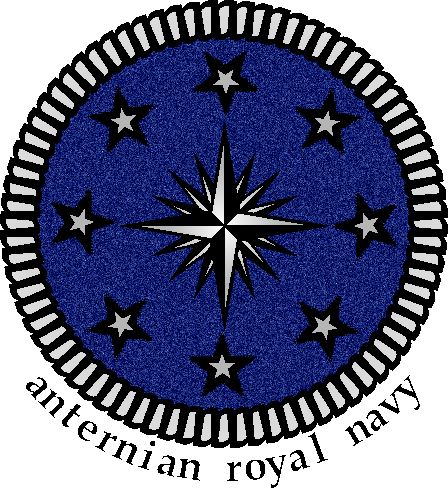